The only game in town 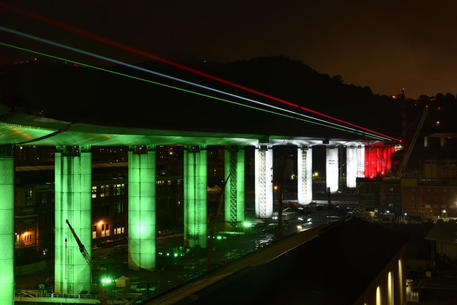 “The new Genoa bridge is much more than a symbol. It is an ambitious undertaking and one that could radically change the drawback Italian industry. It requires grasping how we experience the drama of the country’s reality. Like it or not, there is no alternative.”

In the midst of the pandemic, when everything in Italy was closed, the Italian Prime Minister went to Genoa celebrating the last span of the new bridge, not even two years since the tragedy. It was one of the few acts of national unity in the duration of the coronavirus emergency in Italy.

It is easy to understand why the new Genoa bridge has become a symbol. It symbolizes the country that hasn’t stopped, those who went ahead despite everything, and those who now refuse to give up and want to surge forward. However the Genoa bridge shouldn’t just be a symbol. It could become an Idealtypus, much more than a model. Idealtypus is an idea-construct that helps in grasping the facts. According to Max Weber, Idealtypus describes a situation to some extent unrepeatable which however is taken as a measure in order to compare, by difference, more prosaic situations. So it is an eminently daunting endeavor.

We are all aware that the political and administrative solutions adopted to allow the bridge to be rebuilt represent an unicum responding to an exceptional situation. However, we are confident that the Genoa solution could become the yardstick by which to reverse the landscape of national political decision and bureaucracy. It is the only game in town, because without it post-coronavirus Italy will not be able to cope.

The current crop of the Italian elite is scarce. There are no great personalities such as Enrico Mattei, Guido Carli or Alcide De Gasperi to face the present-day calamity. But the real systemic issue, behind a smashed elite, is the flawed complex of rules and behaviors imposed on all players. They are poorly written, confused laws and regulations engulfed by a thousand passages, perhaps in the illusion that the complication of laws is an antidote to corruption. No one should blame those who are forced to abide by such distorted rules.

Italian legislation has increasing deteriorated. The latest test was the lockdown and the rules of reopening: a complete mess.

Great confusion rules in financial interventions. A first €30 billion provision would have be a “seal” statement at a time when the duration of the pandemic and the damage it would have caused were unknown. Then the government announced the postponement of payments deadlines, a shower of contributions to those who had been immediately hit, and wage assistance to safeguard jobs. Or rather that was the pemise. In practice, however, the deadlines have created a huge hurdle that companies and professionals will need to overcome with a single jump in the autumn. For most people it will be impossible. The block of mortgage payments has not been implemented by the banks and the one-off contributions have led to the collapse of the intermediation systems that were supposed to provide them (there was even fear of a non-existent hacker attack in the pension authority website). Lastly, layoff preventions very often have not been activated.

If the country’s “holding” should have been ensured by the first decree, the “revival”, however, was entrusted to a second decree called “liquidity”: loans guaranteed in whole or in part by the state, ensuring financial leverage of up to 400 billion. The problem, also in this case, was the planned brokerage: SACE, a joint-stock company of the Cassa depositi e prestiti group specializing in the insurance and financial sector and banks for large loans. However the government forgot to free the bankers from the penal responsibilities for any loans granted carelessly. Result: the Sace platform arrived with serious delay; the banks’ inquiries were slowly unraveled and many banks preferred to restructure the credit lines for their most reliable customers, rather than opening new ones and, above all, opening them to those who really needed them. Finally, the major intervention, a “re-launch” decree of 55 billion, ensured by a further budget variance. The measure was expected to come out in April but, in reality, it was prepared for May and will be launched by Parliament in June.

In the almost three hundred articles that compose it, it is possible to trace something that goes beyond complicated bureaucratic paths. Especially the abolition of an IRAP installment for companies and the provision of a tax credit to encourage families and individuals to renovate and construct. However, nothing that can guarantee simplification, deregulation, release of the public contract from delays, legal appeals and decisions of the administrative courts. In short, nothing that could lead to say that the Genoa bridge has aroused a contagious effect and has turned into an Idealtypus.
cian and a former Minister. As such I see the long-term perspective. The time of pol- itics differs from chronological time: one day it runs very slowly, others it runs much faster than the hands of a clock.

By an act of belated clarity, the government announced a further decree to solve the problem of “harassing brokerages”. This way it confessed that without removing such obstacles Italy will not be able to recover. It is a promise, will it become a fact?

But the issue is much thornier. I am an historian of politics and not only a politician and a former Minister. As such I see the long-term perspective. The time of politics differs from chronological time: one day it runs very slowly, others it runs much faster than the hands of a clock.

So it was in the time of the pandemic. Timely interventions were needed, they arrived late. We do not know if the finally announced “necessary simplification” will come, but we choose not to doubt. We fear, however, that, just like the measures that preceded it, it too will arrive late. Too late.