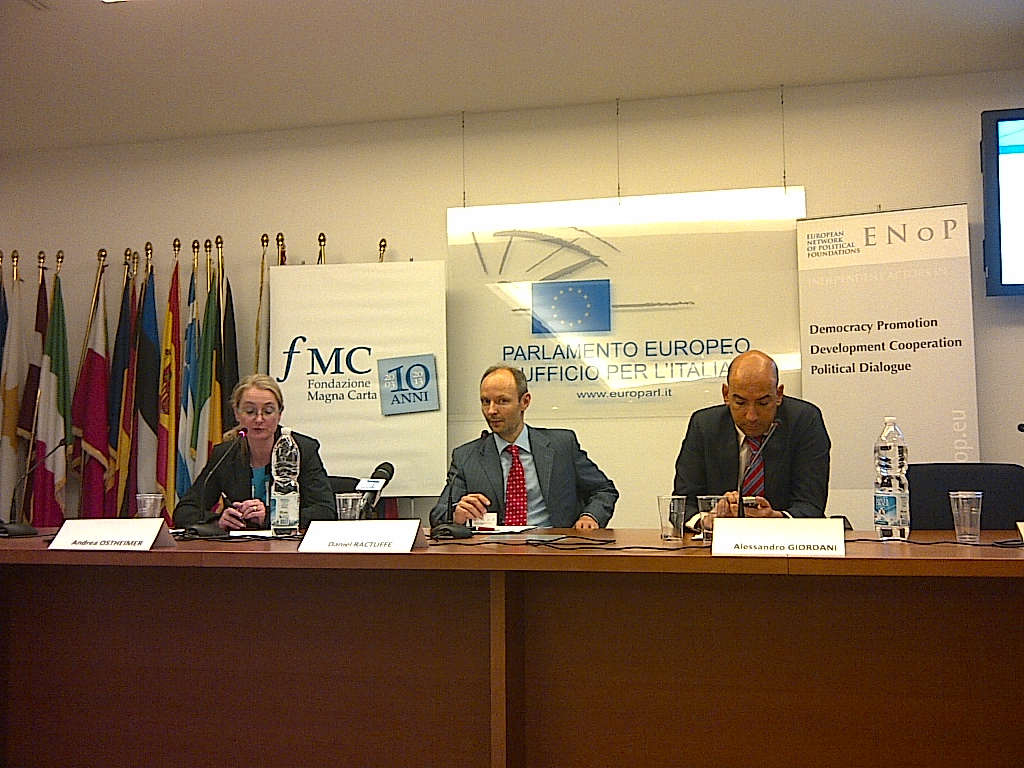 The economic turmoil, accompanied by a decreasing level of trust in the European Union, has resulted in a decline of engagement toward the EU by the general public. This tendency provokes the crucial question whether and how the European identity is influenced by the crisis. This complex matter cannot be explained one-sidedly. It requires a closer and in-depth analysis over the processes observed in Europe, such as the outbreak and support of Anti-European movements (for instance the Greek “Golden Dawn”) in some Member-States. In order to better understand the reasons behind those tendencies and to develop strategies on how to counteract them, examples from different countries should be examined during the conference. The first panel will conclude with a display of successful civil society initiatives aimed at strengthening the European identity and citizen’s engagement towards the EU. Taking into account on-going discussions, the second panel will explore ways to increase citizens’ involvement in European political processes, especially with a view to the EU elections next year. As a European Network of Political Foundations, ENoP serves as a uniting factor between different party families. Based on our diverse backgrounds, we are able to bring forward the idea of a more political Europe attracting the interest of EU citizens and engaging them in actively shaping the EU. Together with experts and MEPs we would like to brainstorm about the necessary approaches and initiatives in order to further engage Europe’s citizens. The ENoP Public Conference is addressed not only to EU institutions, but also to the civil society sector and academia dealing with EU affairs in general and citizenship in particular.